NFL Betting in Florida: How to Bet on NFL

Betting on the NFL is becoming increasingly popular. NFL is the most-watched sport in the US and the increasing availability for online sports betting is adding another exciting element for sports fans.

We are tracking movement Florida is making moves toward legalizing sports betting. 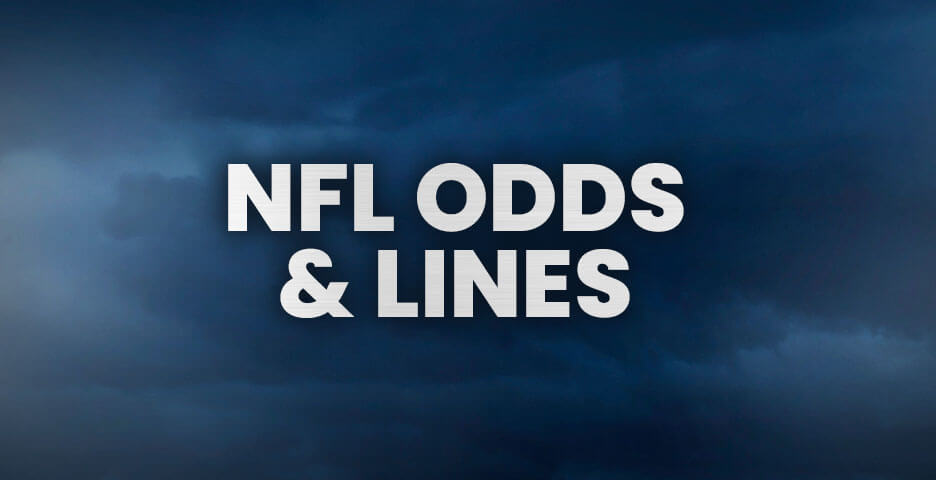 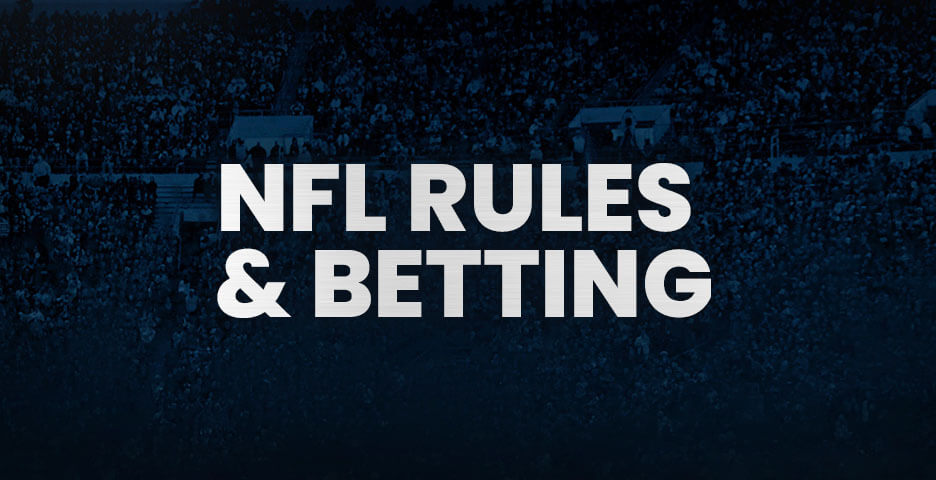 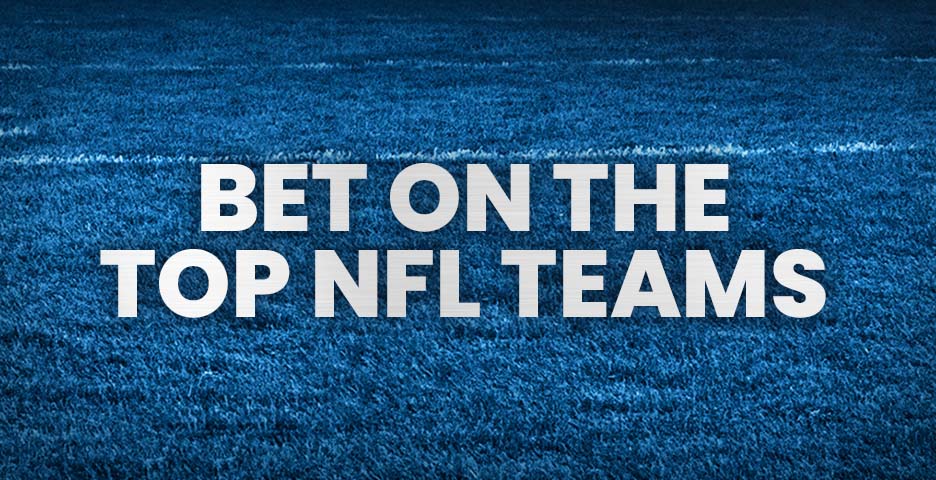 Allowing sports betting would cause a huge roar among residents and tourists of the Sunshine State.

Whether you pull for the NFL teams Miami Dolphins, Tampa Bay Buccaneers, or the Jacksonville Jaguars, you know that NFL betting would really take off in Florida.

While many focus on the Super Bowl as the big attraction, betting enthusiasts know that great wins can be had all season long.

Whether you’re looking to have some fun with some safe bets or go for a big win on some high odds, you’ll find all you need to know about betting in our Guide to NFL Betting in Florida.

Below is a look at the most common types of bets placed on the NFL.

The most popular type of NFL bet you will find is the point spread. Betting on the spread depends upon one team beating another by a certain number of points.

A team with a -10 point spread is expected to win by at least 10 points.

This system is designed to make the game fair or even. It works like this:

The favored team will be shown as a negative amount. So if the Miami Dolphins are expected to beat the Tampa Bay Buccaneers by 10 points, that means they’re the favorite. You would see: Dolphins -10.

In other words, we’d subtract 10 points from whatever the Dolphins score in order for the match to come out even.

So if the game ends up Miami Dolphins: 21 – Tampa Bay: 12, we’d subtract those 10 points from the Dolphins. They only beat the Rams by 9 points, not the 10 points that were expected. So that counts as a loss.

But if the Dolphins win by at least 10, you win!

Those points deducted from the expected winner are called a handicap. The idea is that the favored team is hindered (i.e., handicapped) to some degree to give the other team an equal chance of winning.

So sometimes a point spread bet is called handicap betting.

The next important number you need to know tells you the proportion of payout you can expect (called the bet to payout ratio). You’ll commonly see the number -110 next to a favorite in a game.

With a money line, you bet on whether your team will win at all (regardless of by how much).

The payout ratio is based on the likelihood of a win. The less likely your team is to win, the bigger your payout if they do win.

Let’s go back to Dolphins stomping the Buccaneers. Imagine that the Dolphins are calculated to be two times (200%) more likely to win against the Buccaneers .

If your team wins by one point or 100 points, your payout is the same.

Should I bet Point Spread or Money Line?

You may now be wondering whether it’s best to bet point spread or money line.

In the examples above, you’d win more putting $100 down on the Dolphins in a point spread provided they win by at least 10 points. If they win by 9 in this spread, you’d lose.

But if the Dolphins won by 1 point and you bet the money line, you’re walking away $50 richer.

A parlay bet is a bet on a combination of games. Bettors often make 2-team or 3-team parlays, but most online sportsbooks allow up to 10.

The more bets you add to your parlay, the lower your odds are of winning. But that low likelihood means that payouts increase in keeping with the number of parlays.

Obviously parlays can pay off big. They can be big moneymakers for bettors with knowledge of many games.

Teasers, like parlay bets, combine. However, you get a number of points toward your spread. Also like parlays, each of your bets has to win (or your “legs have to hit”). Most sportsbooks won’t allow more than 6 legs on teaser bets.

In a 6-point teaser, you’d get 6 points of an improved number than you’d have in a spread. This gives you 6 points more room for error in your betting.

In short, you buy numbers so you can have a better number (and a better chance of winning) on each leg.

While a 6-point teaser is the most common, you’ll also find 6.5 and 7-points, though at a slightly lower payout. This can be translated in terms of “juice”:

The good news is that if you make one of your bets but the other is a push, then you’ll get your money refunded (or have the bet canceled) with most sportsbooks.

Future bets are laid before the season begins. You might bet on who will end up at one of the conference games or even the Super Bowl. You can also bet for overall wins or losses for any team.

Who places future bets? Generally, bettors who’ve been following a team for a long time. It requires that you’re aware of the recent history of a team, the latest drafts, and also tuned in to gossip about dynamics on and off the field.

Probably the most popular future bet is on the Super Bowl. This bet is set out far in the future, and much could go wrong even on a winning team. So this is a bet with high payouts if you bet correctly.

For example, betting on the Super Bowl can pay 100 to 1! With odds like that, many people are happy to throw down some change at the chance of a huge win.

Proposition bets are based on a particular aspect of the game. They can range from rather common (for example, “How many penalties in the first quarter?”) to the comical (“What Color will the Gatorade (or liquid) be that is dumped on the Head Coach of the Winning Super Bowl Team?”).

Some propositions are very likely to occur in a game (such as penalties), while some may or may not. The payout ratio follows the likelihood of the event actually happening.

Betting to Win with the 3:5 Principle

In order to win money with your bets, you need to win 3 out of every 5 bets. If you place 5 identically wagered bets on games with the same odds, you’ll come out ahead if you win at least 3.

Of course, other scenarios are possible. You might lose 4 and then win big on a high odds bet, but the general rule is to aim to win at least three-fifths of your bets.

Stick with what you know.

Rather than trying to keep up with 130 teams in the NCAA, focus on the two you know best: your favorite team and their worst nemesis!

There are many factors that can influence a game. If you’ve been following a team for a long time – either as a die-hard fan or eternal enemy – you know that team at least as well as the bookies.

Beware of your fan loyalty

Sometimes your support for a team can blind you to their weaknesses. You can support your team in the stands even if you don’t with your wallet!

Differences Between College and NFL Betting

While the rules of betting on NFL and college football are largely the same, there are two big differences that you need to keep in mind: the number of teams and the age of the players.

The first factor that can make betting on college teams much more difficult than betting on the NFL is the sheer number of college teams. There are 130 teams in the National College Athletic Association (NCAA) and only 30 in the NFL.

That means that there are nearly 100 more college teams to keep track of, and those are also separated by divisions and regions.

No matter how promising or talented, college football players are between 17-22 years old. If you didn’t have money riding on them, you might consider them kids.

Student-athletes are considered students, first of all, so they have major commitments that don’t allow the focus of professional athletes.

While youth helps with quick recoveries, it can also mean more injuries that can throw disruptions into the way a game “should” go.

You might also find worse rookie mistakes in college football that can really throw a game. It’s a huge jump from high school to a college stadium, and those jitters can cause major penalties.

Right now you cannot place any bets on NFL at Florida Sportsbooks since beting is not yet legal.
No not yet. Experts think Football and NFL betting in Florida will be legal during 2023.
Right now if you are a Florida citizen and want to bet on NFL online you have to find a Sportsbook outside Florida. There is options, but you will not have any legal rights if something goes wrong.
Not yet since its not legal. But we are certain that Draftkings will be offering online sports betting in Florida in the near future.
This site uses cookies to enhance user experience.